On 14 February 2019 through the initiative of Georgi and Ateas, students from IX-th grade at “St. Paisii Hilendarski” Secondary School, Plovdiv, we organized a tenth workshop with primary school students. A week earlier, an invitation for the workshop was prepared and placed on the door of the gym, where the event was held. On the day of the event more than 60 people came, willing to participate.

Mrs. Grudeva reminded the project’s goals and said that we were very happy with the great interest in the event, and that was a proof that the project’s goals were being achieved because among the participants there were children with hyperactive behavior, children with speech disorders, visual impairments, with internal disabilities, with learning difficulties and their peers without disabilities. They all had participated in workshops, conducted in the school before, and they came again with a great desire. The event was also attended by Mr. Kartev – a Headmaster of the School, Mrs. Jongarova – a Deputy Director and Mr. Vasilev – a Primary School teacher.

The organizers – Mrs. Grudeva and Mrs. Ikimova left the initiators to lead the event and the training started.

Georgi opened the event with the following words: “Hello, today we will introduce to you the three characteristics of karate and we will demonstrate what they are. All of you, please look at my belt. You all can see the circle at the end of the belt. The small circle represents the spirit. Each karate player needs spirit and desire for improvement. The sign in the middle is the heart, you need to put your hearts in karate and indulge in it in order to develop yourself well. The last sign is a crescent – it represents the body. 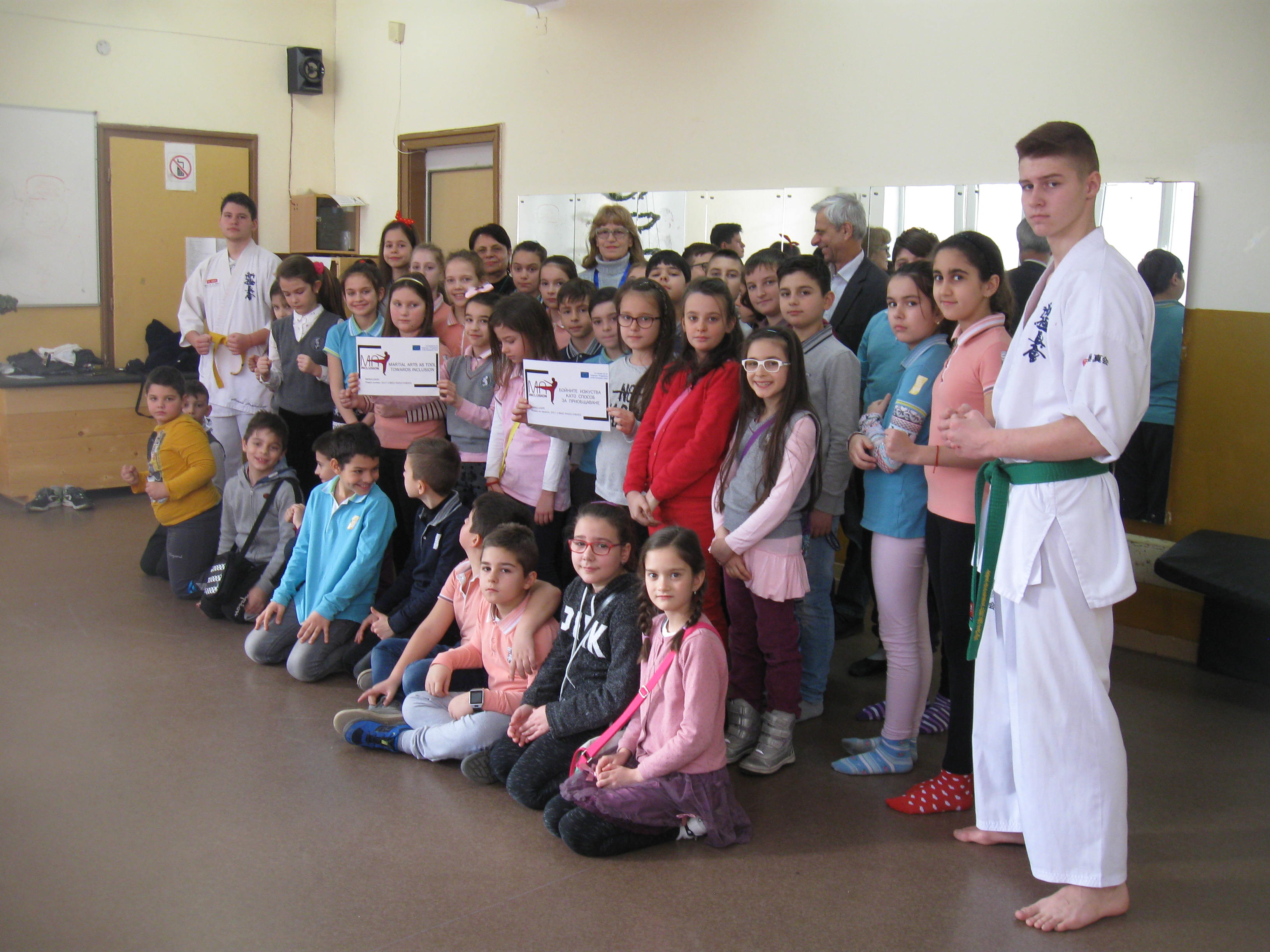 Now imagine a tree with three parts. The roots are kihon. Kihon is the technical part, ie. techniques that are required for a technical degree or, said easier to be understood, a different color belt. The stem is kata. It is a fight with an imaginary enemy. Here, you have to perform the learned kihon technique. Each kata has a character and each kata is different. In some katas, one can notice eqality, but it does not matter. The branches of the tree are cumite. It’s sparring or simply fighting. It determines who is stronger and it is the main reason for bringing children and their parents together at competitions. 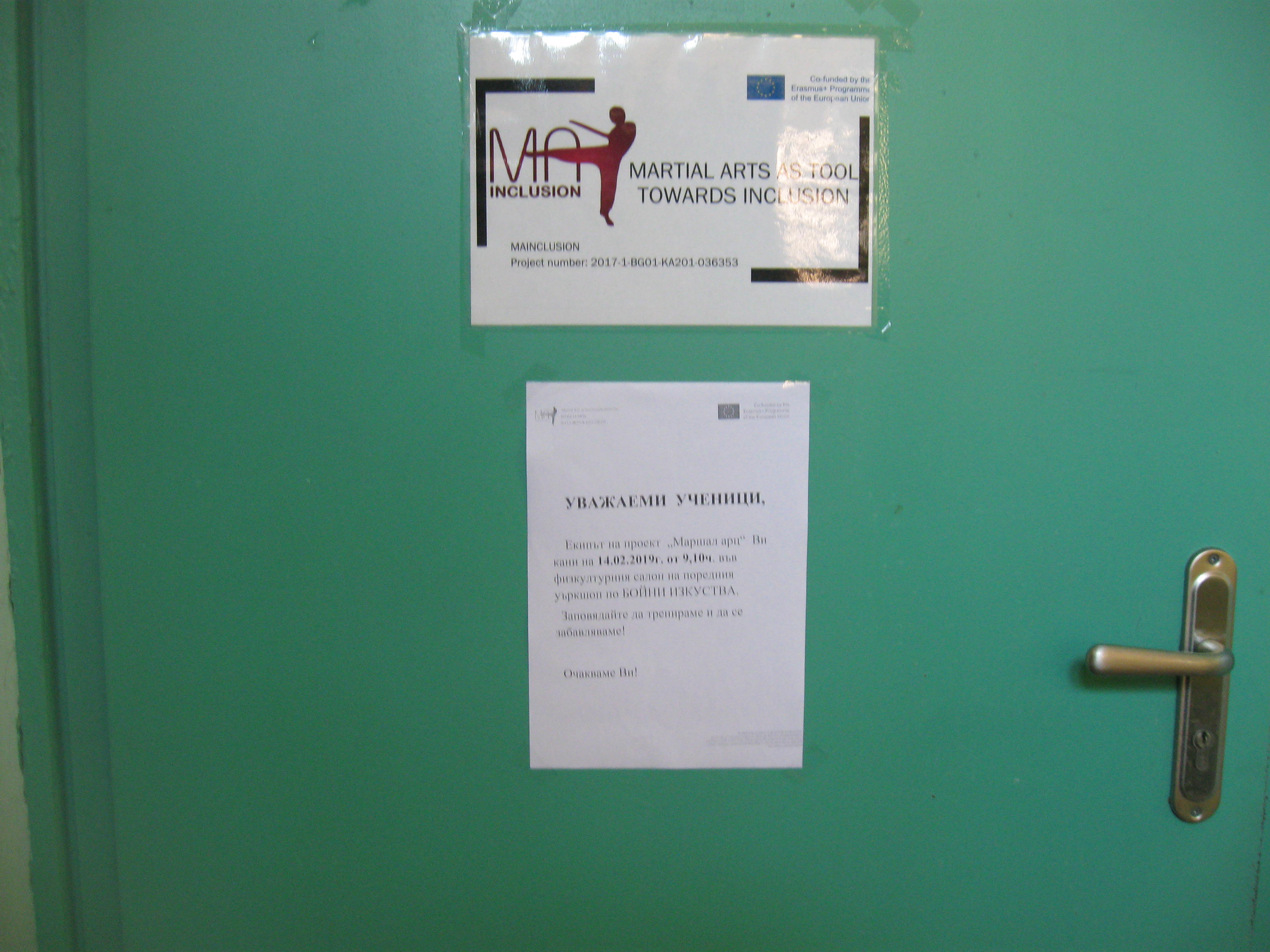 To master kumite, the kihon technique and the sharpness of the kata are required. Kumite itself requires the body and the fighting skills.

Each karate player has his own tree – as time you spend for your development in the training hall passes, your tree is also developing.” 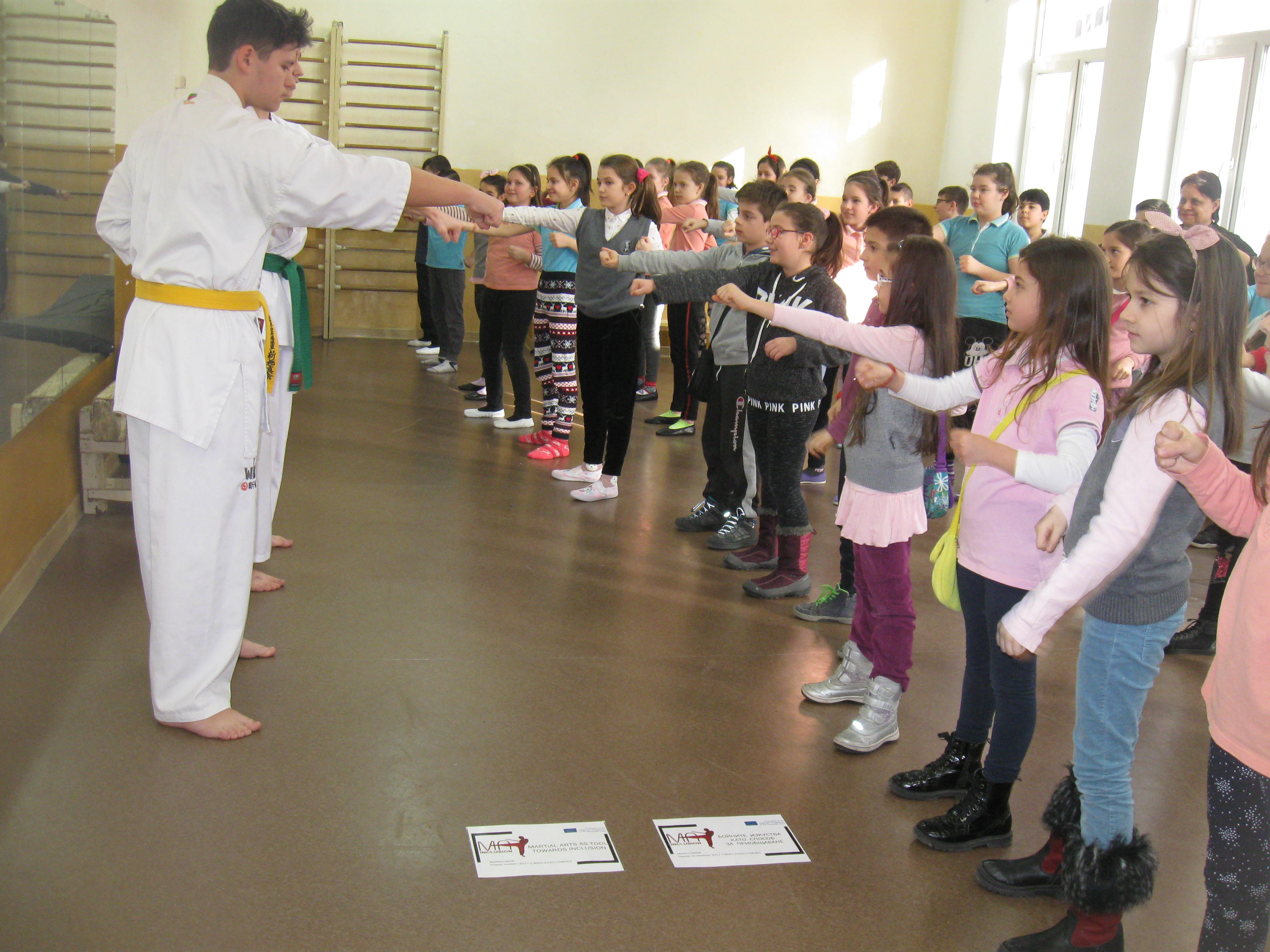 All the participants repeated the techniques with great interest and attention, enjoying them and being happy with the achieved results. Although there were a lot of participants in the workshop, there was silence in the gym, and we could see the children’s diligence and willingness to perform the demonstrated techniques in the best possible way.

The children with disabilities also did it well in completing the tasks, but we observed some difficulties in coordinating the movements, so they performed them a little slower, but they still managed to perform the shown technique.

The workshop lasted for 40 minutes and the participants didn’t want to it to be over. They wanted more and more, and that could only please us, because that was the proof that the objectives of the project were achieved. They all were training and the disabilities were left behind. That proved that the inclusion of children with disabilities was successful.