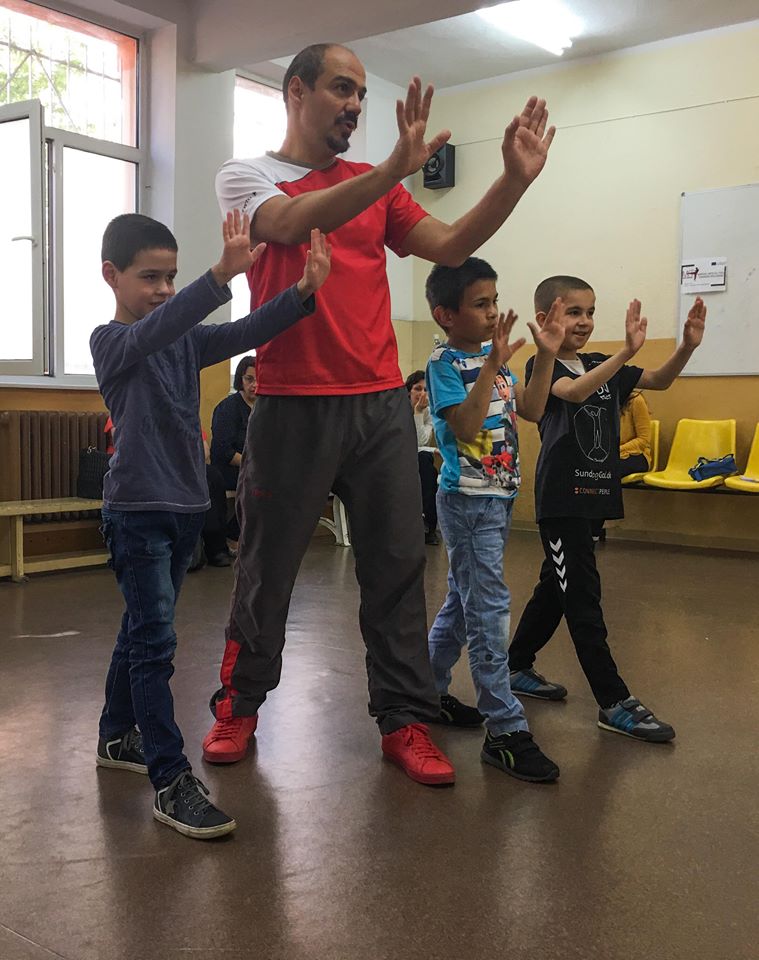 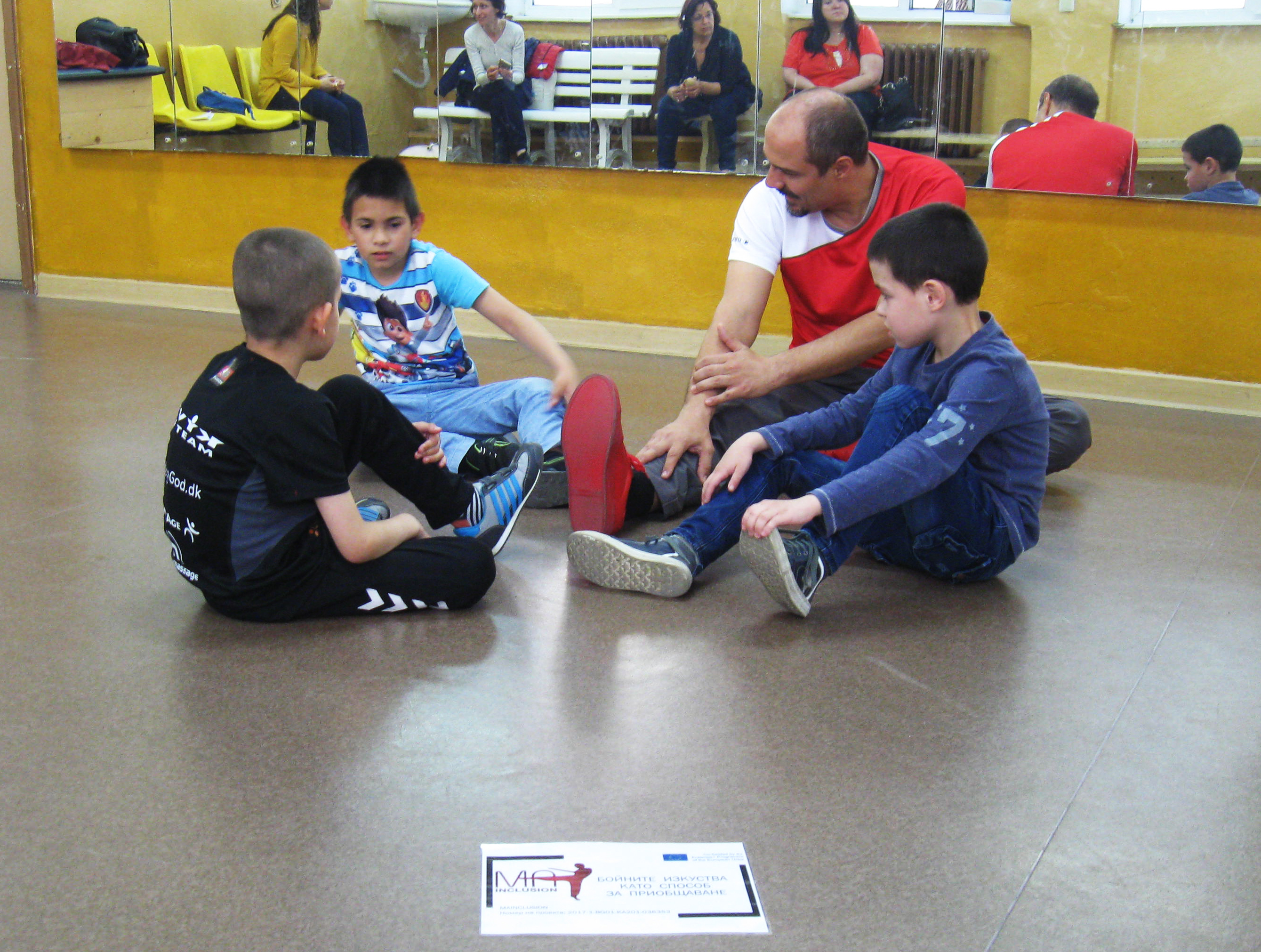 with trainers from club “EWTO-Bulgaria” – Plovdiv, we have organized a fifth workshop with children from ” Social Services Complex for Children and Families” at Plovdiv Municipality.

The children from the Complex had a high level of hyperactivity, learning difficulties and disorder of expressive speech. The meeting was also attended by their parents.

Mr. Bagalev presented the project to the children, their parents and the students. They became acquainted with the aims of the project and the workshop started.

At first, the warming started in a calm way, but after about 5 minutes, shouts of joy were heard. One of the children started counting together with the trainer and after a while the other children got involved in the counting, too.

Then they were trained how to react in a situation if anybody came to them, or if they were going to be attacked by a thief. The trainer taught them if they fell on the ground, what they should do with their hands and feet. After about 10 minutes one of the children went to his mother, kissed her and came back.

The training continued about 25-30 minutes.

With these children, the trainer used the methods of explanation and visibility. We saw that “bravo” greetings and the clapping of hands had a positive effect and each child wanted to be congratulated individually. One of the children was trying to be a leader, but after being told that he was working in a team, he returned to his place.

Finally, they made pushups and abdominal presses. At one point, the children themselves wanted to play on the mattresses, making forward and backward circles.

The whole workout also took the form of entertainment for the children and there was satisfaction in the eyes of their parents. When we asked them: “Did you like it?”, the answer was: “We will come again!”.

When saying “Goodbye”, the children and their parents wanted to know when there would be another training.

The meeting was organized by Ms. Nina Grudeva and Ms. Silva Ikimova and was implemented together with EWTO-Bulgaria club, represented by Mr. Stanislav Bagalev, as the fifth workshop within the project. Its aim was to increase the awareness of the students, the children from the Complex and their parents about the benefits of practicing martial arts.