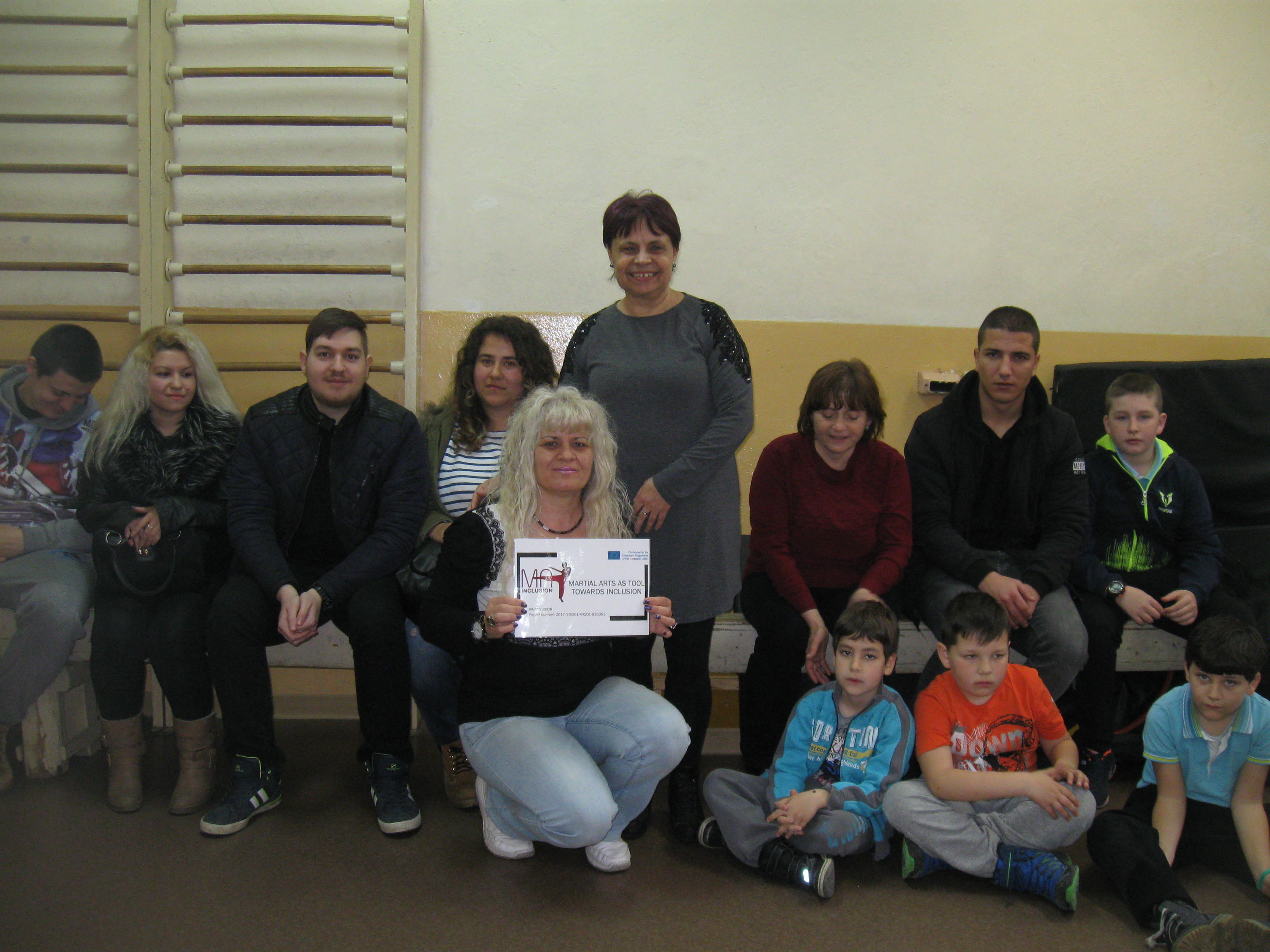 fourth workshop within the scope of “Mainclusion” project. We invited students with disabilities, hyperactive ones and students with internal diseases. The interesting thing was that one of the children who was showing the exercises had a disease. But this child has overcome it, left it in the background and trained together with the healthy children. She proved this by presenting the project to the participants and the sport she trained – bae-kwon-do.

She explained where the name of the sport came from, its origin, what it taught them of and the purpose of its usage. The girl told the students about the traditions of the sport and the way one of their trainings proceeded. After that two girls demonstrated a few basic strikes, such as “ap soti”, “ap koa soti” and others. The other participants repeated the strikes with great desire, which was obvious from the enthusiasm and the smiles on their faces.

Another participant presented Kioukushin Karate and showed the students basic techniques. Then he showed them a kick and finally he and one more guy demonstrated sparing with a slight contact.

Students from the University of Plovdiv “Paisii Hilendarski” also participated in this training.

The children enjoyed it and the disability remained in the background. Thus, in fact we saw that the objectives of “Mainclusion” project were realized in the school’s gym.

The meeting was organized by Ms Nina Grudeva and Ms Silvia Ikimova as the fourth workshop within the project to raise the awareness of the students about the benefits of martial arts training.